What is Grey Box Penetration Testing

Because grey box testing uses the assertion method to present all the conditions of a program, it is based on requirement test case generation. In order to verify its correctness and make it easy to understand a specification language is required. Required assumptions include Activation of Methods, State Reporting and Report Testing both in Class Under Test (CUT).

While grey box testing is more focused and efficient than black box testing the code coverage is only partial and it can be difficult to associate defect identification in distributed applications. And yet, it cannot be ignored that grey box testing has the advantages of being non-intrusive, handles the intelligence testing exceptionally and maintains unbiased testing conditions required for ethical hacking engagements.

Rather than squandering hours determining elusive information, presenters can use grey box testing to focus their assessment efforts on systems with the greatest risk and value. A sort of cyber triage, if you will. The security of the system is tested by simulating an attacker with long term access to the network.

What are the Best Pen Tests for Grey Box Security Testing?

Grey box penetration testing is the right way to go when the tester has no access to the souse code and a non-intrusive, unbiased test is desired. 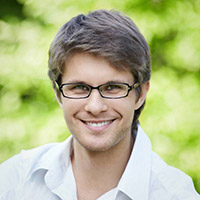